Ottawa’s interim police chief says the force has no intention of letting a motorcycle convoy turn into another illegal occupation. Steve Bell told city council that there will be a zero tolerance of any displays of swastikas or illegal actions. You can expect to see a heavy Ottawa Police and RCMP presence. The Ottawa Police Services Board has approved 831 RCMP officers to assist with the convoy. More than 500 motorcyclists are expected to ride in the “Rolling Thunder Ottawa” convoy.

The convoy is expected to arrive in Ottawa on Friday. Police warn that delays can be expected downtown and at a site in the rural area of Eagleson road where some participants will be gathering. Police are also aware of a church in the Vanier area that is frequented by these groups and anticipate that an event may be held there. The majority of the events are planned for Saturday, April 30. Some of the scheduled events include a rally and march on Parliament Hill and a Veterans for Freedom service at the National War Memorial. Participants have indicated that they plan to leave the city following the weekend’s events.

Interim Police Chief Steve Bell shared the planned route for the demonstration at a new conference on April 28. The demonstration set for April 30 will begin on Coventry Road, continue onto the Vanier Parkway, then take Montreal Road to Rideau Street. They will then take Waller, cross the Mackenzie King bridge to Elgin, then Elgin to Laurier Avenue West. They will then end up on Nicholas Street where they will merge onto the 417.

The City of Ottawa and the Ottawa Police have created a motor vehicle exclusion zone in the downtown area. It is important to note that the roads in the exclusion zone will not be closed. They will be off limits to anyone participating in the demonstration, but residents, local business traffic, public transit, pedestrians, and cyclists will still be permitted in the area. You can find a map of the exclusion zone below. 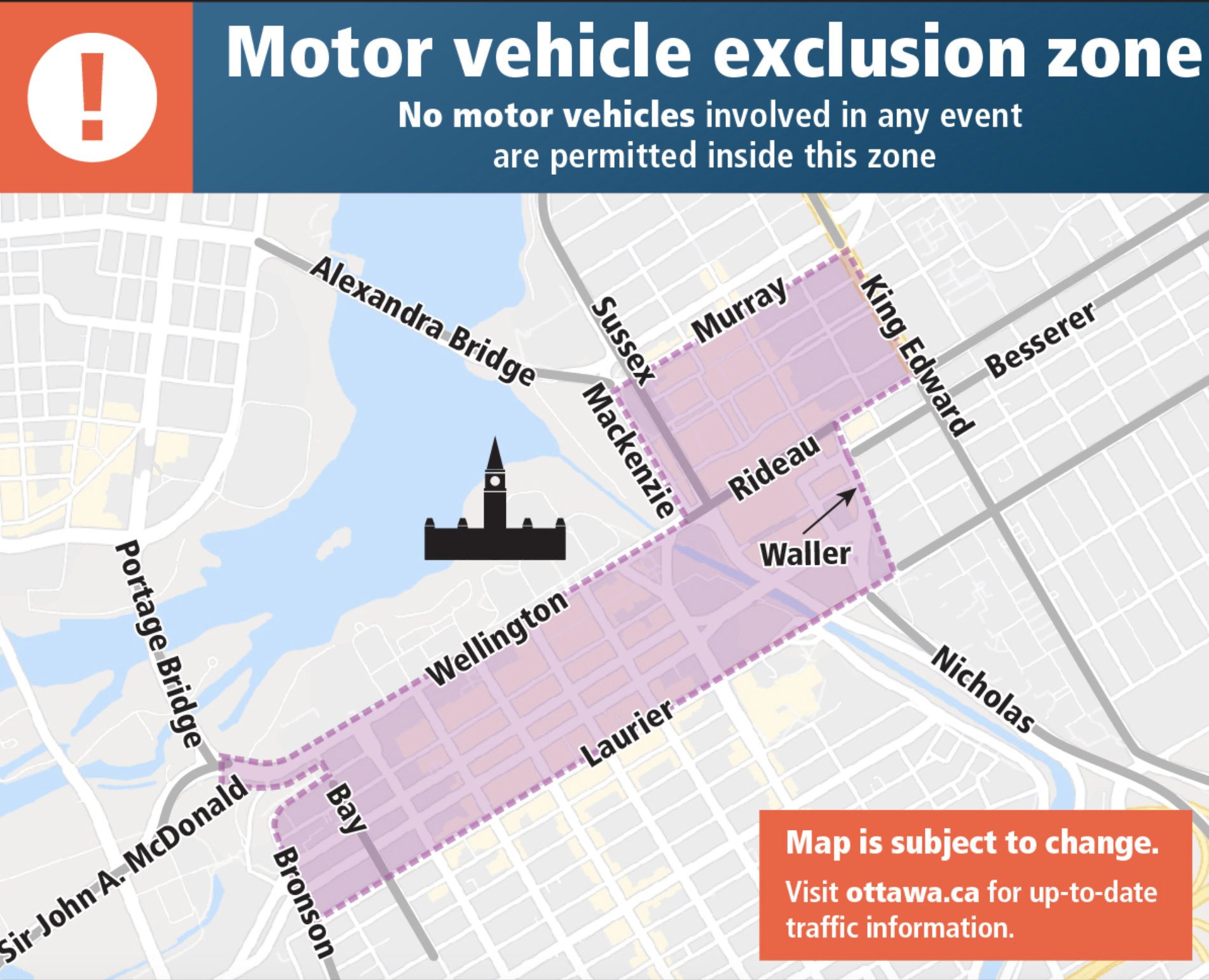